Get to know about TODA-Tribe in Ooty

Everyone living a kind of contemporary life.No clue about tribes, their life story, culture, habitats, and customs. Here is the chronicle about tribes. 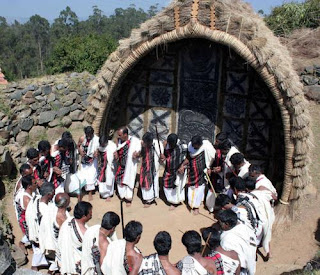 Why are they baptized as TODAS? TODAS live in small groups in the Nilgiri plateau. TODAS HOUSE-TODAS live in small tent or hut like houses referred as 'mund'. They are built of bamboo fastened with rattan and thatched roof. Thicker bamboo canes are arched to give the hut its basic pent shape. Dried grass is mounded over a roof. Initially, they coexisted with other local community people like badgas,kota and kurumba. But later they isolated from them, because of 'detestation of their appearance, customs, attire by other community people'. They make money from rearing Buffalo, trading with Nilgiri neighbor people. 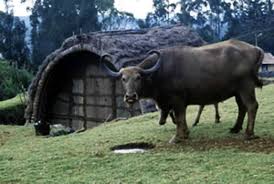 TODAS wear a single piece of cloth like wrapping up around their body like 'Shalya' over a dhoti. TODAS are vegetarians as they eat dairy products like butter, cheese, milk etc, staple rice and curries. TODAS MARRIAGE-They practiced fraternal polyandry, which is now dwindling. If has a family has two brothers, toda woman who is getting married to that family would become a wife for two brothers of that family. One of the husbands who is arranged to perform the ceremony of giving bow and arrow to a child becomes the father when a child is born. When the next child is born, another husband performs the duties and thus becomes a father.


While visiting Ooty, done forget to visit and explore about these tribe people. Also, you can see there, an occupational and cultural transformation of todas where speaking broken English.