Dream up majestic Himalayan Mountains, snowy roads, small dhabas selling hot beverages in the freezing cold, people playing with snowballs, and much more; at an altitude of above 3900 meters above sea-level. This breathtaking place is Rohtang Pass that it attracts around 3 lakh tourists every year. Every nature lover loves to journey over this fascinating route. The fabulous pass is situated at a distance of 51 km from Manali and is on the Manali-Leh highway.
The Beauty around Rohtang 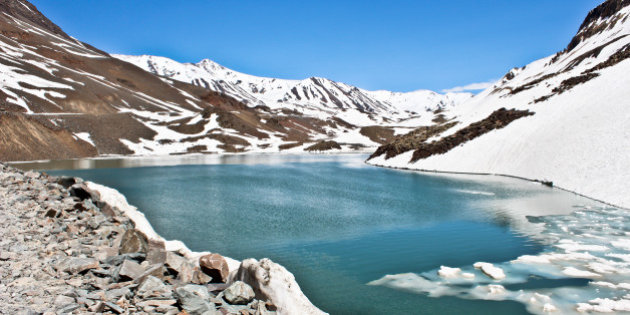 Rohtang Pass is covered with snow for nearly nine months in a year. The natural beauty is worth a visit with mountains, glaciers and deep ravines. Here one sees the majesty of the mountains at its height and splendor. At the top of the pass, the air seems to glitter against the snow as you look down over herringboned ridges into the Lahaul Valley. 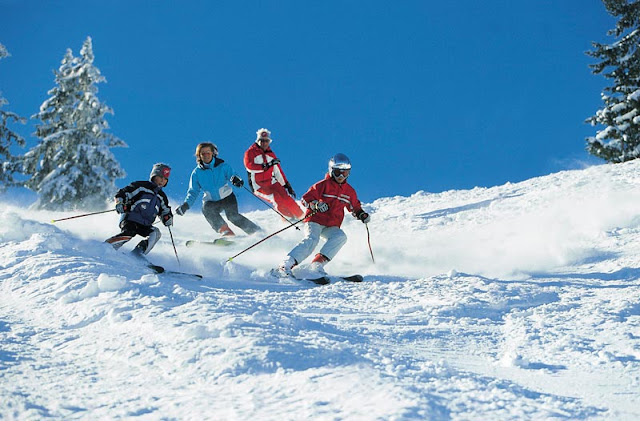 Skiing and Trekking are the most popular adventure sports available in Rohtang Pass. Since it is covered by snow for nearly nine months in a year, skiing can be pursued to the maximum extent. Trekking is another popular sport here and there are excellent scenic trekking trails such as Shimla – Rohtang Pass trail where rare flowers and shrubs can be seen, Manali-Rohtang Pass-Batal trail which is equally tempting. 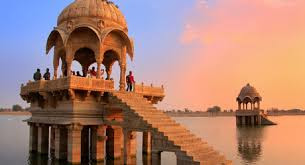 Jaisalmer is worldly known as the ‘Yellow City’, due to yellow sandstone buildings. The city of Jaisalmer conveys immense pleasure, as you will find yellow sand dunes all through and enjoy the camel safari there. At Jaisalmer, Don't miss out visiting Jaisalmer Fort, Gadsisar Lake, Ludrava and Aakal. In the Thar desert, in the northwest India, in a place where the exotism and color of the Indian cities meet the calm and hilly shape of the desert sands, the camels are moving. They do so for centuries. Their bosses have carried the goods along the Silk Road, have fed teeming populations, have walked over sands that bind cities, leaving behind the marks of the deep steps into a world of mystery and fantasy. 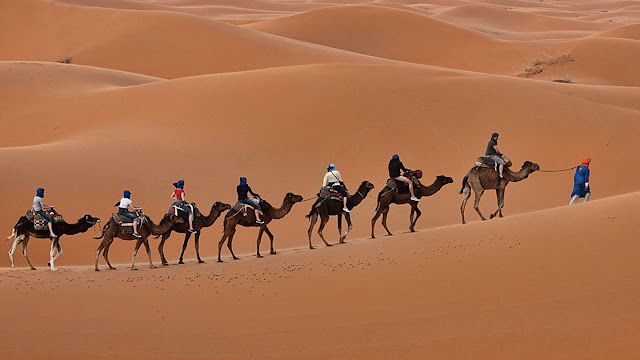 The Indian epic texts gave the desert a name that linked it to religion and spices: Lavanasagara, the Salt Ocean, that was born on a distance from the River Sarasvati, one of the main rivers mentioned in the Rig Veda ancient Hindu texts. Jaisalmer appears in the middle of the desert as a shining city of light, crowned by the unusual shape of the castle. The streets are crowded every day by the local merchants, the gypsy girls dancing in an undulating movement to the sound of a music emanating from the unusual strings and percussion instruments. Somewhere among them, we can still hear the rawanhathha, a typical local guitar, with its unique sound that nowadays, only a few know how to play.
That's where we will be expecting you, to show you a little bit of the desert life, to let you know the feeling of falling asleep at night with your eyes on the stars. Along the pages of this website, you will find some practical advice you should follow to get a unique experience that will remain in your memories far beyond the time of a simple trip. You can also see the routes we have chosen for you and decide which one is best suited to your group or your fantasy, within the time you have available. 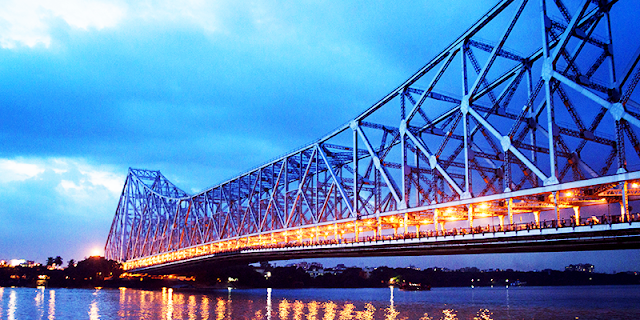 Howrah Bridge or Rabindra Setu, is a massive steel structure extends across the Hooghly River and connects Howrah and Kolkata also it is one of the longest cantilever bridges in the world. Also, this is a spot for people who love a happening place, carries a daily traffic of over 100,000 vehicles and countless pedestrians. Take an excellent ride in the between Kolkata and Howrah, offered from Launch Ghat on this Majestic and grandeur bridge. The view of the city, especially in the night, is awesome. There is a total of 8 lanes of strand road, bicycles, and pedestrians. What makes this bridge unique is the fact that it was built without a single nut or bolt and is held together by rivets. 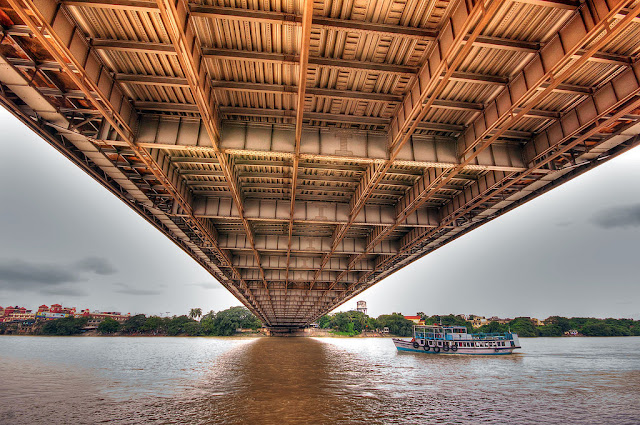 The Howrah Bridge has been shown in numerous movies since the 1950s like Do Bigha Zameen, China Town, Amar Prem, Parineeta, The Namesake, Love Aaj Kal, Barfi, Gunday and many others. You can walk across the bridge and admire the hulking construction or sail underneath on a boat ride on the Hooghly River.

Whether you live in Kolkata or are just visiting, these astounding facts should give you a greater appreciation of this marvel of human engineering.
Posted by Unknown at 02:58 No comments:

Auroville is an experimental township in the erstwhile French colony of Pondicherry.It belongs to no one in particular but the people who manage its affairs are influenced by the words of Sri Aurobindo, poet, nationalist, philosopher and The Mother, who was his spiritual partner. Located at a distance of 8 kms from north-west Pondicherry is The Auroville city. The City of Dawn as it is called was conceived as a place for research into the ideal of human unity by Mirra Alfassa the spiritual collaborator of Sri Aurobindo. Auroville came into existence on 28th February 1968. Soil from 124 countries was kept in a lotus-shaped urn and mixed to symbolize universal oneness during its inauguration. Auroville was built initially as a city where people could live in peace and progressive harmony, above all creeds, politics, and nationalities.

Roger Anger designed Auroville and at present, nearly 2000 people reside there with settlements named as Grace, Fraternity, Fertile, Certitude, and Transformation. Approximately two-thirds of the people living in the city are non-Indians.
The main attraction here is the "Matrimandir" -  With water pooling in from different sides, the sound of the water and cool breeze which always flows provides a perfect atmosphere for meditation. The mandir is an architectural masterpiece with a 30m high globe with a lotus-shaped foundation urn. The entry is free of costs, and you can only buy the tickets in person at the venue, not online. The walk from the entry gates to the center takes around 10-12 minutes.
The best way to experience Auroville ashram is to actually just sit in one of the cafes, and talk to some of the residents here about their experience of living in the city - you would be surprised to find out how much the people living here love the concept and the life.
Posted by Unknown at 21:33 No comments:

This garden is a treat to the eyes. The garden is spotted as one of the most romantic places in Delhi.The Garden is designed to stimulate one's sensory responses to the environment. The color and fragrance, texture and form evoke the awareness of touch, smell, sight, sound, and taste. Most of the works of art are dynamic, making it more interactive to the visitors. About 25 different sculptures and murals have been set up in the Garden making it one of the largest collection of public art in the country. This Garden is located near the first city of Delhi i.e. Qila Rai Pithora and while following the approach road to the Garden from T point of MB Road one can see the massive walls of this fort. 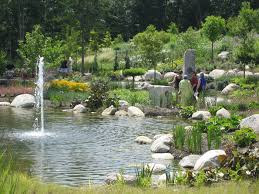 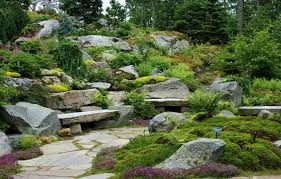 The Garden of Five senses depicts the architecture of the first city including the stones used in the construction of boundary walls and dome-shaped office complex. The walk begins with a description of trees which are planted in the outer area of the garden i.e. from the steps which you take, for moving in the garden complex. The details of the trees which fall in this area have been described below with their common name, botanical name and description for the benefit of the common man who can take a walk

There is also a food and shopping court in the garden where you can enjoy a good meal while a light breeze awakens your senses.
Posted by Unknown at 22:02 No comments:

Read the saga of Fantasy tree 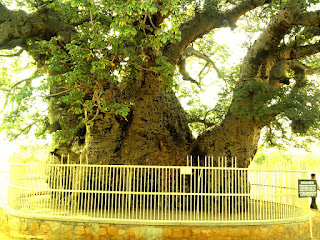 Arborist, worshipper, commoner. No matter whoever you are, know about the fantasy tree that still exists in kintoor, Lucknow. That tree is originally referred as Parijaat Tree, baobab tree. This tree is cherished by the order of local district magistrate, any kind of damage to the tree is strictly prohibited.  Baobab tree in modern science which is sprung in Sub-Sahara Africa and hence its presence in the fertile land of India makes it precious. The age of the tree is still not determined, which makes it quite possible that the tree may have been planted by someone who used to travel between India and Africa. The tree needs the international attention of scientists to find out more about it. The tree is also known as 'the tree from paradise' due to its mythological significance.
There are a number ancient temples around that place. There are myths about this tree. Near a temple established by Kunti who is a mother of the Pandavas, is a special tree called Parijaat which is said to grow from Kunti's ashes. There are a number of sagas about this tree which has popular embrace. Also, there is an oral history that Arjuna brought this tree from heavens and Kunti used to offer and crown Lord Shiva with its flowers. Another saying being, that Lord Krishna brought this tree for his beloved queen Satyabhama or Rukmini. Historically, though these saying may have some bearing or not, it is true that this tree is from a very ancient background. According to the Harivansh Puran, the Parijaat Tree is a Kalpavriksha, or wish bearing tree, which, apart from this tree, is only found in heaven. Newly-weds visit the tree for blessings, and every Tuesday a fair is held where local people worship the tree. The flower from the tree is referred to as the Parijat flower.
Our younger peer group has been brought up in this newfangled lifestyle, take a break and visit sacred places and enjoy listening to the epics and sagas.
Posted by Unknown at 22:07 No comments:

Yay shoppe! Shopping in Jaipur.
Will you say "NOPE' to go for shopping? Never! Never! Yes, Am gonna take you through Bazaars of Jaipur. The ‘pink city of India’ is celebrated for its hospitality and historical set-out.If you’re a shopaholic, then 'pink city' is absolutely the shopper’s paradise! The quirky beauty and the traditional touch on the things will make you spellbound. Shopping in the colorful streets of Jaipur is one of the ‘To Do Things’ during the course of the tripper. And to lure you, showpieces are arrayed in the narrow lanes.Never slip your mind to visit the bazaar.

Everyone remember the Sparking Aishwarya Rai with dazzling kundan and meena jewel sets as Rajasthani princess Jodhabai in the movie ‘Jodha Akbar’. Rage of collections like silver jewelry or Kundan or Meena or other precious and semi-precious gemstones-carved trinkets- Jaipur has them all at its disposal.Figurines, boxes, table-tops crafted by stunning exemplars of metal works. Metal ware in Rajasthan includes brass work, engraved, enameled and filigree cut on silver 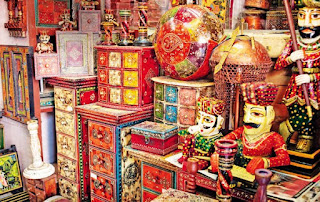 Pottery, the most adoring art in Jaipur where they do blue pottery which is one of the most remarkable ceramic styles in India. What makes Jai puree's blue pottery distinct from other counterparts of a country is that - while others mainly use clay as the main ingredient, the blue pottery leverages upon quartz stones; and secondly, it’s heavily influenced by Persian art.


Visit jaipur and fill your travel dairy with beautiful memories.
Posted by Unknown at 22:13 No comments: